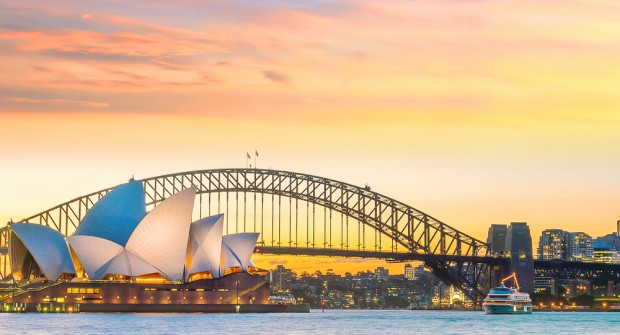 With the climate crisis finally becoming more front of mind

With the climate crisis finally becoming more front of mind with world leaders, new initiatives are being created for countries to meet their targets for lower emissions. These efforts are centred around finding sustainable, cleaner and energy-efficient technological alternatives to replace our existing methods. The solutions are out there – some would say in abundance – but many still fail to commit to these changes, and with the clock ticking to minimise the impact of rising temperatures brought on by global warming, there has never been a more crucial time for bold ingenuity and innovation. Fortunately, as a much-needed slice of good news to cut through the noise, a small community in New South Wales has become the role model for the rest of the nation after recently reporting to have met their emissions target nine years early, thanks to embracing alternatives that utilise the endless power emitted from the sun.

Thirty kilometres outside of the city of Shoalhaven on New South Wales’ coast is a solar farm based in Nowra Hill. In December 2021, this $5 million, 8,000-panel, community-driven solar farm will officially power up, using its ten hectares to generate a daily amount of 3 megawatts. To properly distribute the power, 80% will be sold to local business, and 20% is set to be redirected to the wider City of Sydney. In doing so, City of Sydney CEO Monica Barone has stated that this initiative will mean their council is set to achieve the target of 70% emissions by 2030 an astonishing nine years before schedule. She is quoted saying, “City of Sydney has purchased a large amount of power that will come off this site and it has enabled the project to go ahead because they have that secure customer.’ What’s more is that Shoalhaven Mayor, Amanda Findley, went on to state that given the success of  generating a stream of clear, renewable power via solar panels Sydney businesses can benefit from, she has hopes that it will join many others to soon arrive in her local area.

The site itself for the solar panels at Nowra Hill is a council-owned location previously utilised to empty bucket toilets – which was hardly meeting its full potential. Unfortunately, this previous usage left the land derelict and contaminated, limiting its ability to be repurposed. That was when a local community group structured around renewable-energy investment, known as ‘Repower Shoalhaven’, placed a bid on the land so they could use it for more productive activities. This gave rise to the farm that has now garnered so much praise around the country, and they, too, hope for more in the future, with Repower Shoalhaven president stating, ‘We’ve got aims for more solar farms here then maybe some smaller projects too.’ The projected was funded through Repower Shoalhaven raising half a million dollars with community investors, alongside a partnership with Flow Power – a renowned energy retailer – who provided the remaining $4.5 million dollars needed for completion of the solar panels.