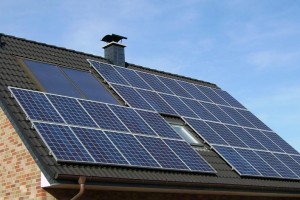 There are many types of hot water systems such as electric, gas and solar systems. All of these systems have their advantages and disadvantages. But you need to understand their features in order to select the right system for your house.

Electric hot water systems are quite common and the way they operate is by heating the water with a heating element that is at the bottom of the unit. This can be used at any time of the day and these are the cheapest systems that you can buy in the market. However, you need to weigh the benefit of cheap initial costs against running costs. Operational costs for electric heaters is higher than all the other systems. A gas hot water system Geelong operating on natural gas can be quite cost-effective. You need to think about efficiency when you are selecting a water heater. Solar hot water systems have the highest initial costs but have significantly low running costs. There are also heat pump water heaters that use the heat from the air surrounding it to generate heat.

If your house has an existing gas line, you can look at the option of gas hot water heating. You can also use gas tanks to power the system. They can be used in colder regions as well as it is not dependent on solar energy. You can either go for a continuous heating system or a hot water cylinder. The continuous system saves space as it doesn’t require a water tank. With gas hot water systems, you can heat water faster and it is a more cost effective system. There are electronic systems that are integrated to regulate the temperature of the water. However, you can have issues during power outages and there is a high cost when it comes to the initial installation. You also need to be diligent about its maintenance. And safety is a concern as you are dealing with volatile gases. So there should be sufficient ventilation space.

When it comes to electric hot water systems, it is very easy to integrate it into the house as it runs on electricity. And you need a very low upfront cost. But because electricity is used to heat a large quantity of water, there is a high operational cost involved. If you have an older tank, it will not be as efficient as the newer models. Solar hot water systems rely on solar energy and they are better suited for warmer climates. There are many types of solar hot water systems such as heat collecting panels, evacuated tube collectors and heat pump systems. Heat collecting panels are the cheapest system but their efficiency will go down in cloudy weather. Evacuated tube collectors are more efficient but they are also more expensive. Solar water heaters have a low maintenance cost and they are an eco-friendly solution. They are easy to install as well. However, there is a high cost for installation and the heating system mainly depend on the sunlight received so it can be limiting in cold regions. 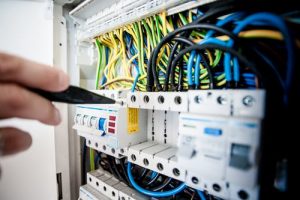 Similarly, there are different types of electric items available to make your premise look elegant and also to get the maximum out of its purpose. With the modernizing of things today there is a wide range of products some with multiple uses that you can fix to improve the interior of your home or office. This is a great advantage as they bring a simple yet elegant look to your premise.

The best way to get all this work done is to get in touch with professionals in this field such as an electrician Nambour. You can come across the best of them via the internet. You can hire the best team as per your requirement by getting in touch with them. Through their website, you can learn about the different services they offer.

In addition, you can also learn how they upgrade to the up-to-date methods of making work easier and less time consuming. This is very important as it shows how skilled and efficient, they are and that the money you spend on them is worth it. You can also learn about the different projects that they have completed by checking out their website. This would also help you to identify how big in scale they are as a company of leading professionals in the field of electrical work.

Through the internet, you can come across the best professionals in town. In addition, you can also learn about what their clients thought of them. Some sites have a section where clients can leave their reviews, this way you can get assurance that their services are good. This way you also know that you are hiring the best and spending your money on the right people.

This is very important as it helps you to save your money and time as mentioned above, by avoiding extra repair and maintenance charges. Another advantage of hiring a well reputed team is that they would be able to advise you on what is best and how you can improve on what you have decided to do through their expertise.

This is also because they would know what to do and from where you can purchase what you need as well. In addition, you might also be able to get them to come and fix things for you if there are any changes to be done. Not only are these services helpful if you are building a new place but you can also get their service if you want to renovate the entire place or just need them to make certain changes. This is therefore a great way to trust and handover whatever it is that you want to the best. 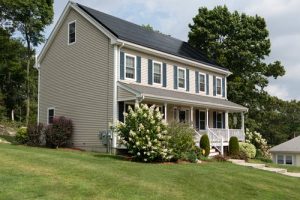 Solar energy is generated by sunlight and can be transformed to heat or electricity. It is readily available and, thanks to advancements in technology, we can now tap even more of the solar power that is constantly available to us.

There are 6 advantages linked to this renewable source.

Effect on the Environment

Solar energy has the least harmful effect on the atmosphere relative to any other form of energy. It does not contain greenhouse gas emissions, nor does it pollute water. It also needs very little groundwater for its operation, unlike nuclear power stations, for instance, which need 20 times more water. The output of solar energy doesn’t make any noise, which is of important advantage, since several solar fittings are positioned in urban areas, such as domestic solar panels.

Producing your own power ensures that you will be utilizing less from the energy company. This will instantly translate into reductions on your electricity bill. Plus, you can also make money selling back to the grid the surplus electricity you produced. By offering solar panel grants, you can make your green investments even more valuable. You can even have a solar hot water system and reduce the power taken to heat water especially during the winter months.

The more power you generate, the less power you need from the supplier to increase your self-reliance on energy.

Energy consumption appears to be higher in the night and early in the evening. This is, of course, the time when the price of energy peaks. It happens that solar energy reaches its full output potential during those periods.

Energy generated at that period has a greater value than if it was generated at night. With the additional input of power from solar energy, rates could be brought down to a level similar to those of the evening hours in those time periods.

Solar energy can be fixed everywhere as long as there is sunlight. This is particularly beneficial in areas without access to any other source of power. There are a huge number of people across the world who have no reliable electricity.

Individual solar systems may be installed in these regions to enhance the lives of many people. In addition, solar energy is also used to fuel spacecraft and vessels.

Some of the electricity, around 3-5 percent, is lost during transportation and distribution. The greater the distance between the place of manufacturing and the point of supply, the more energy is wasted. These losses may not seem important, but they may affect the efficiency of the facility in regions with a high density of population.

Getting solar panels on the rooftop or in the lawn greatly decreases this gap and thus improves the performance of solar panels.

The grid is less susceptible to power outages if there are a number of power plants spaced out. A grid with an increased efficiency of solar energy has hundreds of energy generation centres that are widely dispersed. This increases grid protection in the event of overload, natural or man-made disasters.